My guest for today is one of the biggest concert promoters in Romania. He is Belgian, married with a Romanian, loves music, loves concerts, tried his luck as a musician for a while then promoted Technotronic all over the world. He held several jobs in the European music industry, found out all the secrets and then he started organizing music events in Romania. His company, EMAGIC, brought to Romania some of the biggest artists in the world: Roger Waters, Madonna, Depeche Mode, Shakira, Lady Gaga, Sting,  Metallica, Lenny Kravitz, Iron Maiden, Red Hot Chili Peppers. EMAGIC also organized the first big festival in Romania: B’Estfest (this was one of my favorite festivals ever). He and his wife was behind all these events. And now, we will get to know him better. Dear friends, let me introduce to you, mister Guido Janssens! 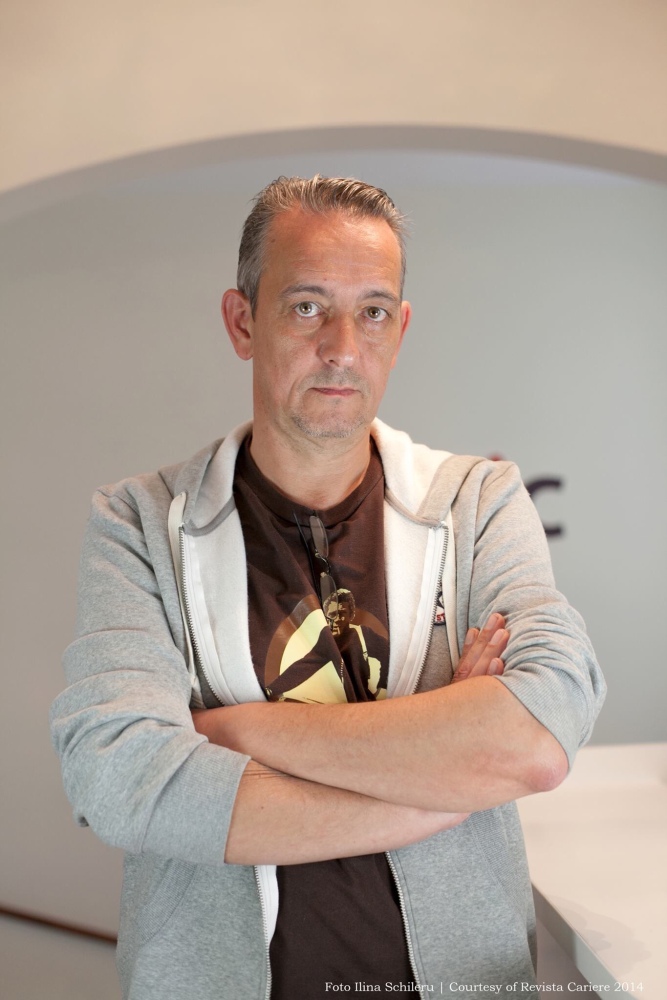 Hello Guido and welcome to vladpop.com. It is an honor and a privilege to have you here. You are one of the most authorized voices in the music business in Romania and Europe and so, the first question is the easiest one: what does music mean to you?

Hi Vlad. Let me first of all say that I do not consider myself at all a ‘most authorized voice’ in the music business; far from it. I’m just a guy that loves music and was lucky enough to make a living out of a passion I developed in my early teens. It that sense I can frankly say that music has shaped my life in more than 1 way and it means a lot to me.

If I did my homework properly, you started out as a singer in some Belgian pop-rock bands. Was that the first encounter you had with the music industry? How did it feel?

We sent demo tapes to all the major record companies. 4 songs. All ‘huuuuge hits’ …. Obviously 😉 They all refused us. Said we weren’t ‘what they were looking for at that stage’…. Morons 😂😂😂

You are one of the main “suspects” responsible for the international success of the world wide known Technotronic. How was it to “pump up the jam” for such a project?

Well, being International Marketing Coordinator for one of those very rare Belgian worldwide successes, obviously was a big stroke of luck for me. I learned a lot about the business side of things in a very short time and got to know a lot of important industry hotshots around the globe. Crazy and exciting times.

You were also the General Manager of one of the biggest record labels in the world, Emi Music Publishing. How were you feeling the music industry at that point and at that level comparing to the moments when you were just a teenager singing in a band?

As the name says, I was heading the music PUBLISHING arm of EMI in Belgium, not the record company. The publisher signs songs, authors and composers , while the record company signs recording artists. Anyway, back to your question… Well I guess I became less naïve , since I found out more about the mechanisms of the industry. At the same time I enjoyed learning more and applying this knowledge to make things happen for young aspiration musicians, songwriters and producers.

Finally you decided to invest in promoting concerts and providing entertainment to the masses by setting up Emagic . What was the first concert you ever promoted with Emagic?

Originally Emagic was set up in The Netherlands in 2000 as a ‘boutique music marketing’ company. I combined my background in the music industry with some ideas I had regarding product marketing and Emagic thus was in the business of ‘marrying’ brands with artists and music. Now it happens all the time, but 20 years ago I had to explain to brands why they should associate their product with an artist , and artists were even more reluctant then. Emagic’s first booking for a show was actually Ricky Martin’s performance at Cerbul De Aur in 2003 after TVR called my wife and partner, Laura, just a few months before the show date and asked us if we could please help them find a headliner for their show.

Emagic grew in becoming one of the most important names in concert promoting. At least in Romania, some of the biggest concerts that ever took place here were promoted by you. How does it feel to be the one that brings the biggest artists of the world in Romania for the first time?

You know, it’s not so much about ‘bringing the biggest artists in premiere to Romania’ ; others can and have done that as well. What makes me proud is when we make the right choice of ‘big artist’ for the right price, the show goes well, the audience has a great time and everyone goes home with amazing memories. That kind of show still gives me goosebumps ☺.

You were the inventor and creator of one of the best Romanian music festivals ever: B’estfest. I was eagerly expecting the festival year after year as it grew bigger and bigger. It gave me the chance to see performances from Pink, Alice Cooper, Nelly Furtado, Reammon, The Killers, Marylin Manson, Faithless, Wu-Tang Clan, and the list goes on. Where did the idea of such a festival came from? Why did it stop at one moment?

B’estfest was a joint idea that Laura and myself took on. If I’m not mistaken, Laura and I talked about it after our 2006 Depeche Mode show in Bucharest. After the show one of us said something along the lines of: ‘Let’s do a festival next year. Think Romania is ready for it.’

Unfortunately, the business plan for B’Estfest did not take into account the crisis that hit Romania in 2009/2010. The festival did not get any public money as support and was thus completely depending on tickets and sponsors. And it was those sponsors that had their budgets cut dramatically in that period. B’estfest with those big expensive acts was thus no longer possible and that’s what  ultimately killed it. 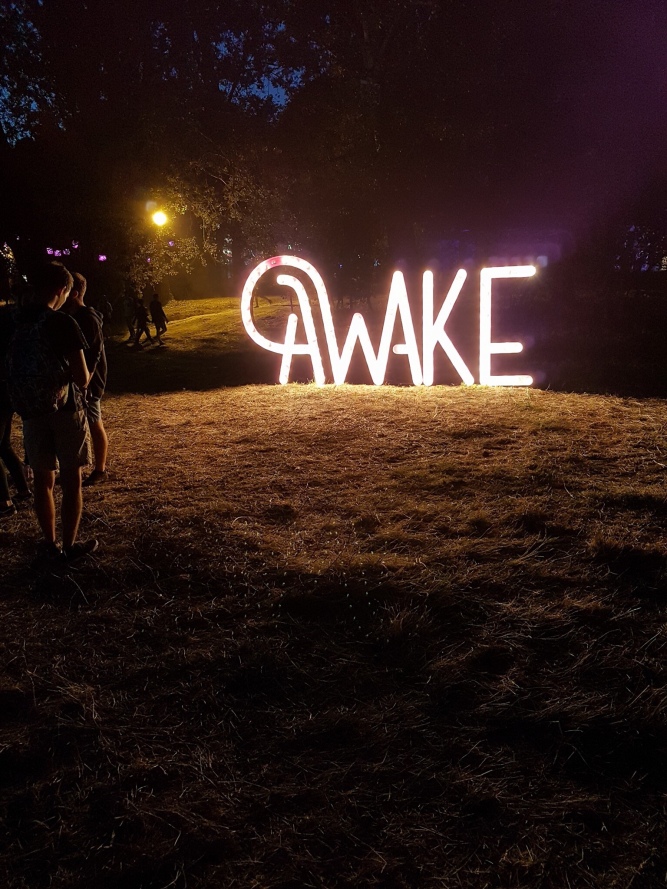 You are now promoting Awake festival that takes place in Transylvania. Which are the expectations from this festival, for you, and how much do you want to grow it?

Awake is a very special concept, dear to my heart. After the end of B’Estfest Laura and I said we would only do another festival if we fond the most beautiful location in Romania. We had been following for years the growing trend of „boutique” festivals in the West, i.e. festivals that combine good music with fine food, creative design, art installations etc. Some of the best boutique festivals are in the UK and Holland, where the audience goes to 30-35k people/day. When we found the Teleki Domain near Tg Mures it was love at first sight: we couldn’t believe our eyes, the incredible 10ha English park with 300 year-old trees and the well-kept late baroque castle, all on the bank of the Mures river and with access to a European/national road.

Awake is a perfect combination of „chill” and „go wild” and we are thrilled that it draws a large Bucharest crowd along with the majority of people from Mures and Cluj, but also fans from Iasi, Brasov, Timisoara and Constanta come over for the 3-day extravaganza.

What is the best concert you have ever seen?

Your favorite artists are?

The guiltiest pleasure in your playlist?

How would you describe yourself using only song titles?

As a musician, who is the artist you’d have liked to share the stage with?

At this moment, is there a Romanian artist except Inna, that if promoted the right way, has the potential to become a huge international success?

There are lots of them, but it’s not just a matter of being ‘promoted the right way’; there’s so many things that have to fall into place at the exact right time for a breakthrough on that scale to happen. I love what Mihail is doing and he is making some waves in Italy at this moment, so maybe he’s gonna become a nice Romanian export soon.

Why aren’t the concerts of Romanian artist resembling with the concerts of the artists from abroad, in terms of production (sound experience, video effects, lighting, etc.)?

Because you can not finance an expensive production with 1500 tickets at 50 ron.

Your biggest dream in music that hasn’t been yet ?

Sell out Awake within 1 hour of putting the tickets on sale.

Guido, thank you very much for you availability and answers and I am ending this interview with a request for a concert in Romania of a rock band very close to my heart: Green Day. Could you please make that happen? ☺

ME ON SOCIAL MEDIA

THIS BLOG ALSO HAS A FB PAGE

THIS BLOG ALSO HAS A FB PAGE